The ’70 Falcons come in six models including two wagons. Their prices are among the lowest in the compact field, and they offer big-car ideas galore. You can economize . . . and not give up a thing. You get so much inside room with such compact outside dimensions. So much big-car ride with such easy, small-car handling. So much getup-and-go with such easy-to-take gas mileage. And so much style and comfort for such a compact-sized price.

1970 marked the final year of production for the Ford Falcon in the United States. The demise of the Falcon was mainly due to the introduction of the Ford Maverick in 1969, and the Ford Pinto in 1971. With the introduction of these new models, Ford decided there was no longer a need for the Falcon which targeted the same type of buyers. The Falcon models introduced at the beginning of 1970 were basically the same as the 1969 editions. They were produced for six months, when strangely a “new” Falcon model was introduced based on the Fairlane 500. These last Falcons are referred to as 1970 ½ Falcons due to their mid year introduction. 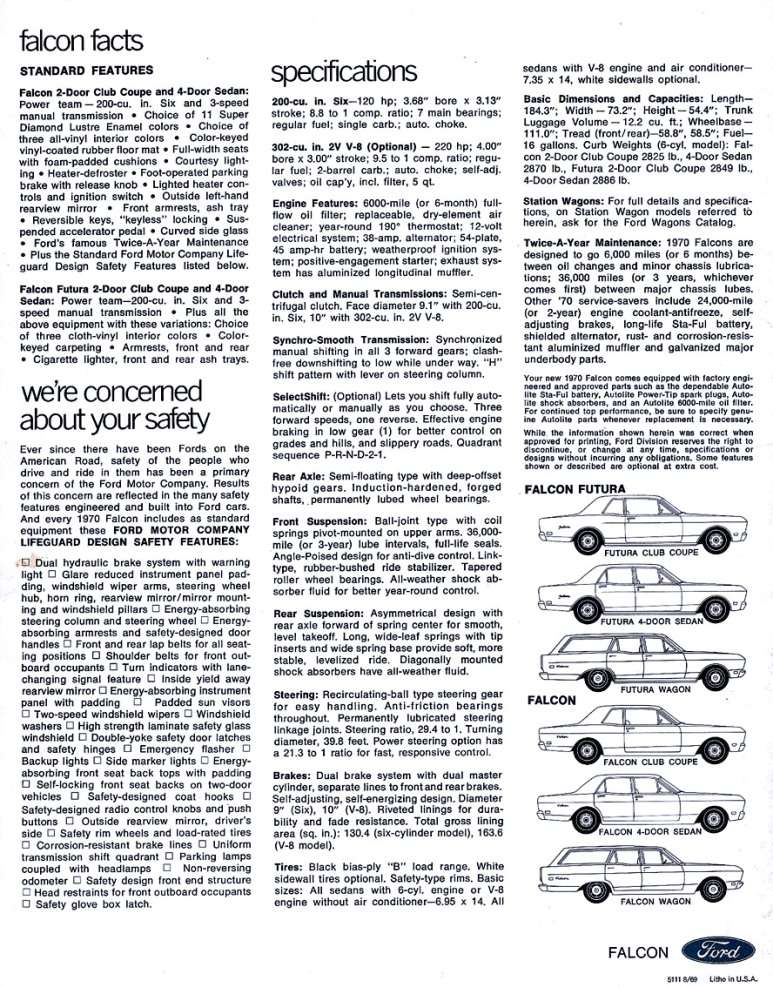