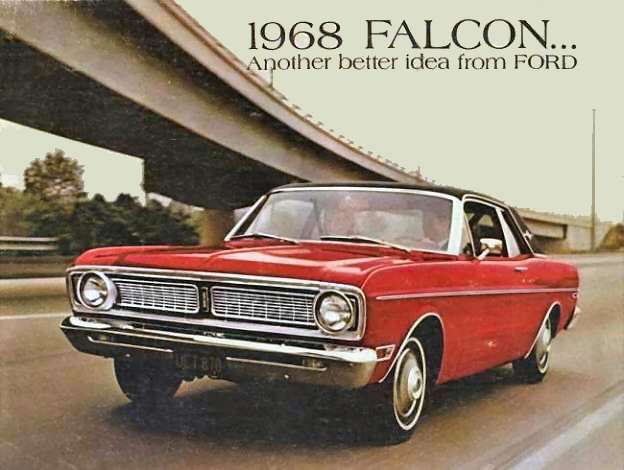 The 1968 Falcons used the same basic body style that was used for the two previous years. There were only minor changes to the trim. A notable difference was the shape of the taillights that were square instead of the round style that had been used since the Falcon’s inception. The simulated exhaust ports on the front fenders were no longer continued from 1967.

The Squire Wagon was the most expensive model offered in 1968. The Sports Coupe was the only model offered with bucket seats and is a favorite for collectors. The total production more than doubled from the previous year. The Falcon Ranchero ceased production in 1966.

The Falcon and Futura models were essentially the same as far as body style and mechanics. However, the Futura models received upgraded trim and other improvements over the base Falcon model (see 1969 figures for types of differences).