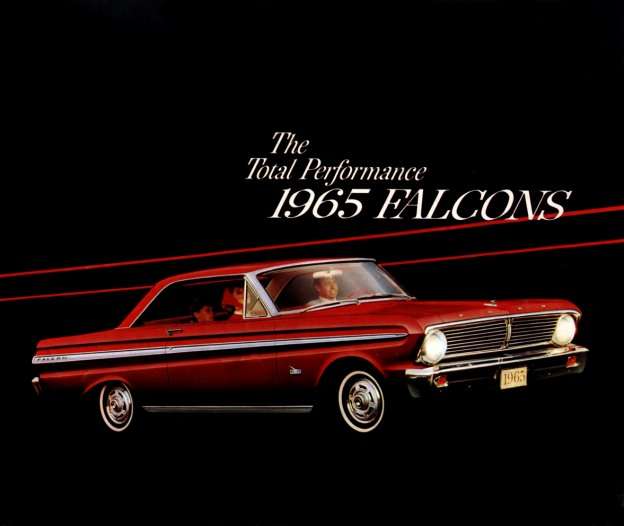 The 1965 Falcons retained the same basic body styles as the 1964 models. Exterior trim treatments and other minor revisions were the basic visual changes.

One noteworthy difference on the Futura models in ’65 was the use of stainless steel side trim. The stainless trim is easier to work with and more forgiving to scratches and polishing when compared to the anodized aluminum trim from 1964.

The Falcon Sprints and Convertibles were produced in lesser numbers this year. Only 300 Sprint Convertibles and 2,806 Sprint Hardtops were sold in 1965. Unlike previous editions of the Sprints, the ’65 versions did not have special chrome, unique steering wheel or a tachometer as standard equipment. Can you guess why?

The Falcon would not be the same after 1965 and this was largely due to the introduction of Ford’s new best selling car, the wildly successful Ford Mustang. Lee Iacocca and Ford marketed the new Mustang as a re-skinned FALCON and saved millions of dollars in the process.

The “Futura” line and basic models from the previous year were offered. Although the ’64 and ’65 Falcons have a different style than their ’60 – ’63 predecessors, they were all based on the same vehicle and viewed as a similar grouping of vehicles.